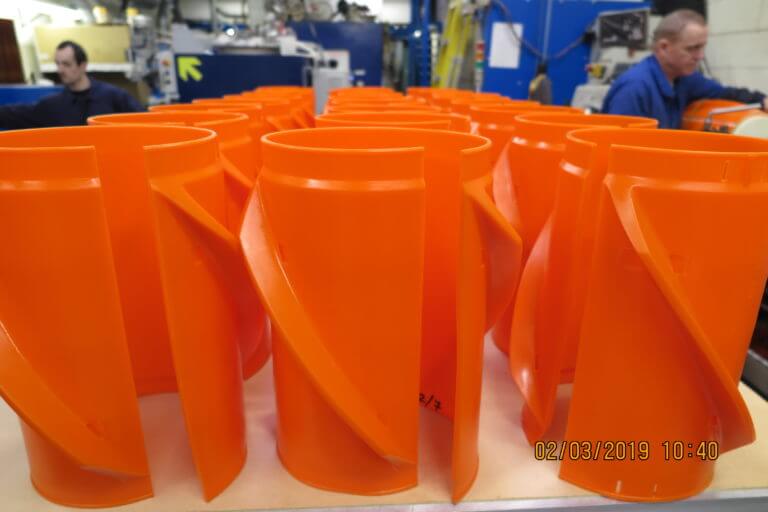 When a water current flows past a cylindrical object, such as a riser pipe on an oil rig platform, it creates a phenomenon called vortex-induced vibration. This vibration can damage the drill riser pipe, causing it to eventually fail due to metal fatigue.